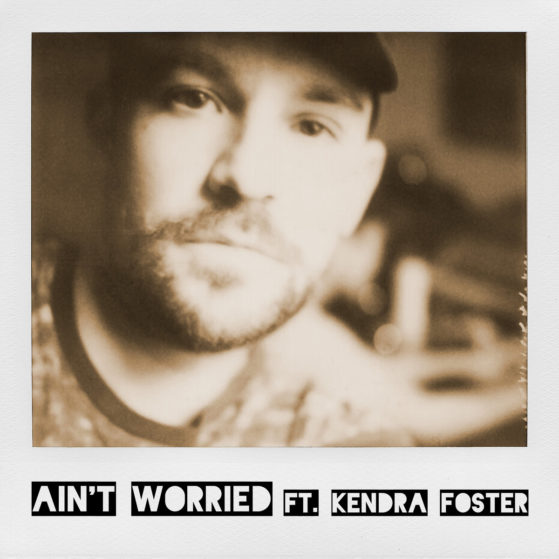 Hot on the heels of “Hold Up”, Lonely C aka Charlie from Soul Clap’s lead single from his upcoming debut LP “Charles & Tribulations”, Soul Clap Records introduces another bomb also featuring Kendra Foster. The second single, titled “Ain’t Worried”, was originally a collaboration between Lonely C and Greg Paulus (No Regular Play), then taken to the finish line with the help of Morgan Wiley and the magic of singer/songwriter Foster. This record fuses elements of futuristic deep house, jazz, R&B and a taste of the funk, embarking on a wild ride of raw emotion and deliberate sass. Foster is in full effect, accompanied by harmonies, top lines and duet solos from Wiley on grand piano and Paulus on trumpet. On the remix tip, we’re thrilled to include the master touch of Amsterdam heavyweight Tom Trago who reinterprets the piece into a moment of late-night hypnosis.

More in Lonely C’s words:
“Originally we wrote the track around a recording of Deee-Lite’s Lady Miss Kier recorded late night at the original Marcy Hotel in Williamsburg. We were tracking a different song but kept rolling and caught her doing some vocal exercises that were so drenched in personality that totally had us inspired. Sadly it didn’t click with where she was at (I love Kier and have always wanted to work with her.) But when Morgan and I played if for Kendra she picked right up and did her thing without batting an eye! Lyrically its about finding a stronger version of yourself after love gone wrong, a sort of declaration to the world but also a self-affirmation. I love this piece of music and am so blessed to have the support and collaboration of talent like Kendra Foster, Morgan Wiley, and Greg Paulus!