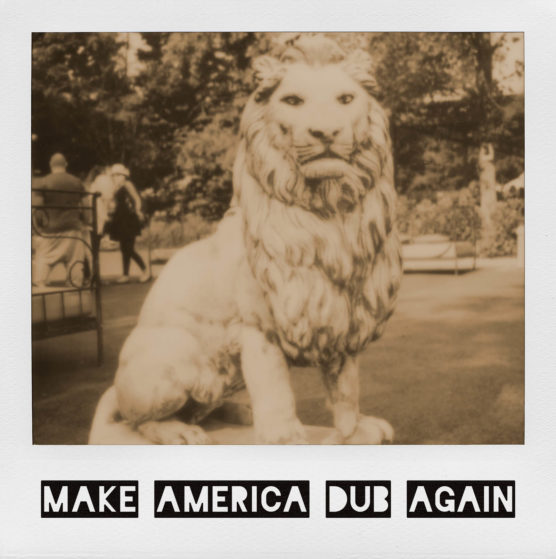 With a quick throw of the echo-bus we bring you “Make America Dub Again”, the third single off of Lonely C’s debut LP “Charles & Tribulations”. True to its title, this is a deep dive into dub, with a 4×4 uptempo twist, reminiscent of the 80’s sound pioneered by some of the greats like Sly & Robbie, Mad Professor or even the wild-style of Colourbox. Churning phased drums, deep Moog bass and Arp top lines that have become part of Lonely C’s signature sound, come alive in new ways on this record. It may be an instrumental but the title plays with a poignant theme which is the horrendous modern political climate. If only we could put on an iron shirt and chase the devil out of earth!

More from Lonely C:
“I’ve always been obsessed with reggae and dub. To me it is one of the greatest musical forms and feels like appropriate music to listen to no matter what the circumstance, it always puts me in the right mood! When i wrote this piece it was mostly an experimentation, but the finished product is something I’m proud of and offers a nice departure from the other sounds on this album. The name came last, it’s meant to be ironic, but theres really nothing funny about whats going on these days, what a mess. I’d like to chase them to outer space to find another race, but is it really fair to dump our trash on the ETs?”